VoiceVision organized a workshop on Career Counselling on 28th June 2015 at SIES College with an aim to make the youth of today better equipped for making career related decisions. The workshop was attended by 45 people from all walks of life, students, employed and selfemployed individuals as well as teachers/special educators for visually impaired. The workshops were conducted in partnership with National Association for the Blind (NAB) Delhi which has been a pioneer in the spread of Assistive Technology for the blind and Centre for Internet & Society (CIS) Bengaluru.

The event was conducted by the CEO of the National Association for the Blind (NAB) Delhi, Dr. Homiyar Mobedji, with the association with Center of Information & Security (CIS), Bangalore being a sponsor of the workshop. He was accompanied by Mr. Hanumanta Talar, Bookshare Coordinator (Maharashtra). The workshop started with Mr. Homiyar explaining the meaning of the words ‘Career’ and ‘Knowledge’ to the audience in an engrossing way. He explained the difference between a Job and a Career, why career was an important factor for growth and the different factors affecting ones career. He also talked about identifying one’s weaknesses and converting them to strength.
According to him, the most important factor that helps in gaining knowledge is by reading, which the visually impaired lag behind in because of lack of material customized to their needs. So he talked about the sources for gaining knowledge, the importance of reading and the devices on which we can access materials. This was followed by a presentation on BookShare, an online library of books customized for reading for the visually impaired by Mr. Hanumanta. He talked about the details of the library and how it can be accessed by one and all. He also talked about an Android application named ‘Amazing’ which supports BookShare. The database may be accessed free of cost on provision of the Disability Certificate. This was greatly appreciated by the audience.

Post-lunch, a session on communication skills was carried out. It saw innovative techniques to help the audience realize the importance of good communication skills. Three role plays were conducted in which three volunteers were called from the audience and made to perform a specific communication driven task. After the role play, they were told the things that were missing in their act. The role play was then conducted again which helped them realize their shortcomings.
In conclusion for the day, the audience were encouraged to learn more about the career they wanted to take. They were advised to put their thinking caps on while choosing a career and make their background knowledge strong.

A vote of thanks was given by Ms. Sushmeetha, the Founder Director of VoiceVision. 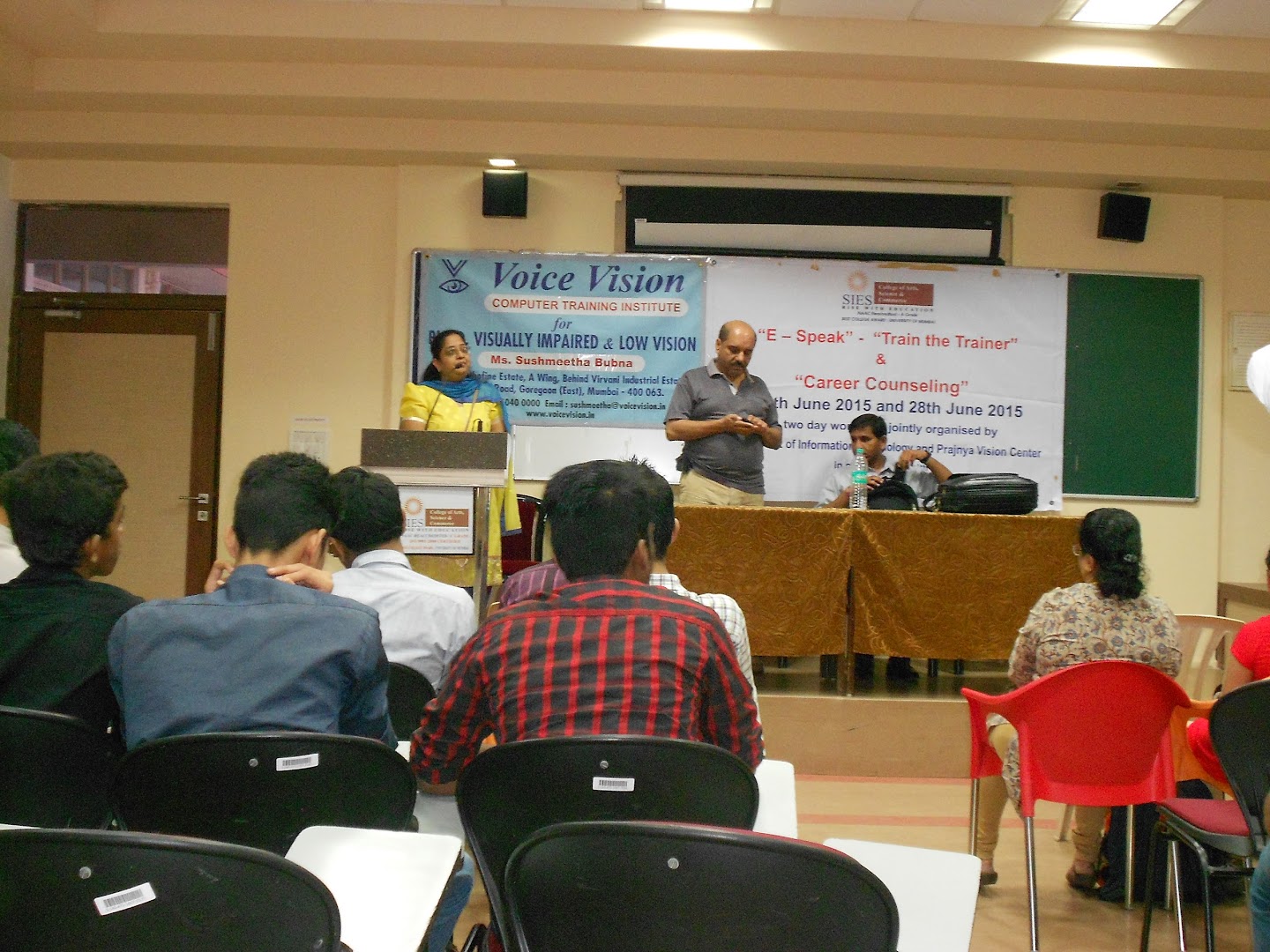 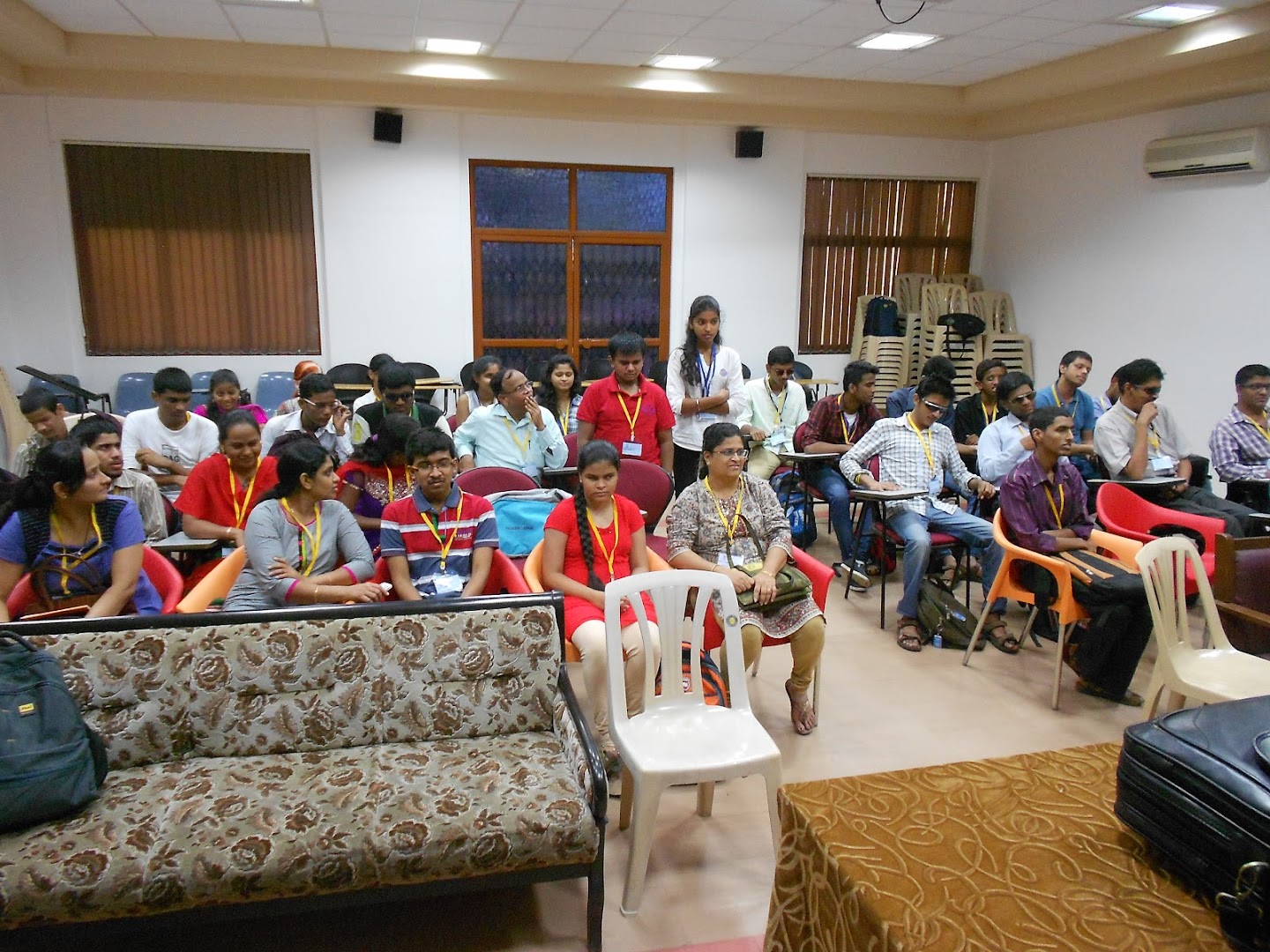 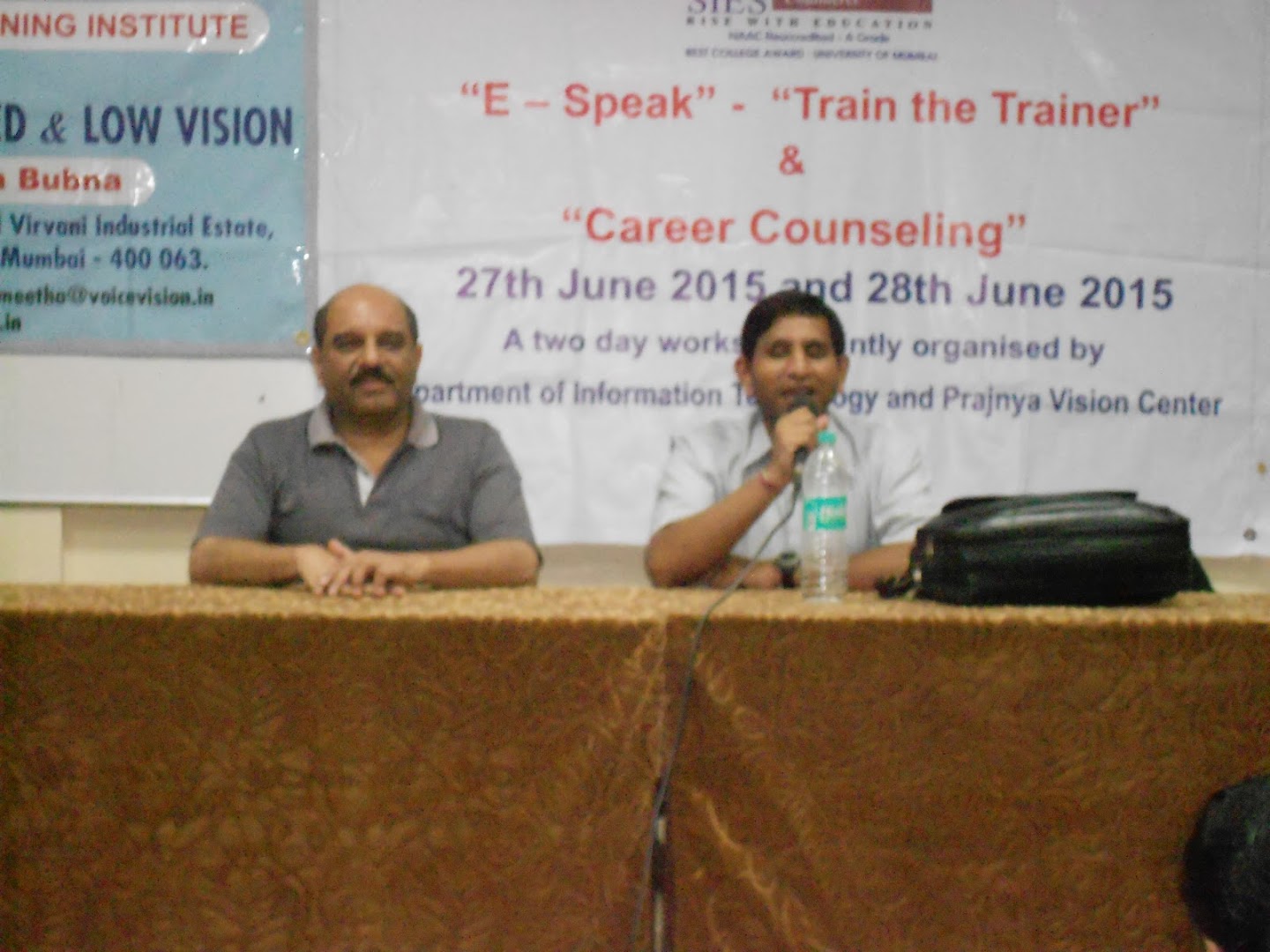 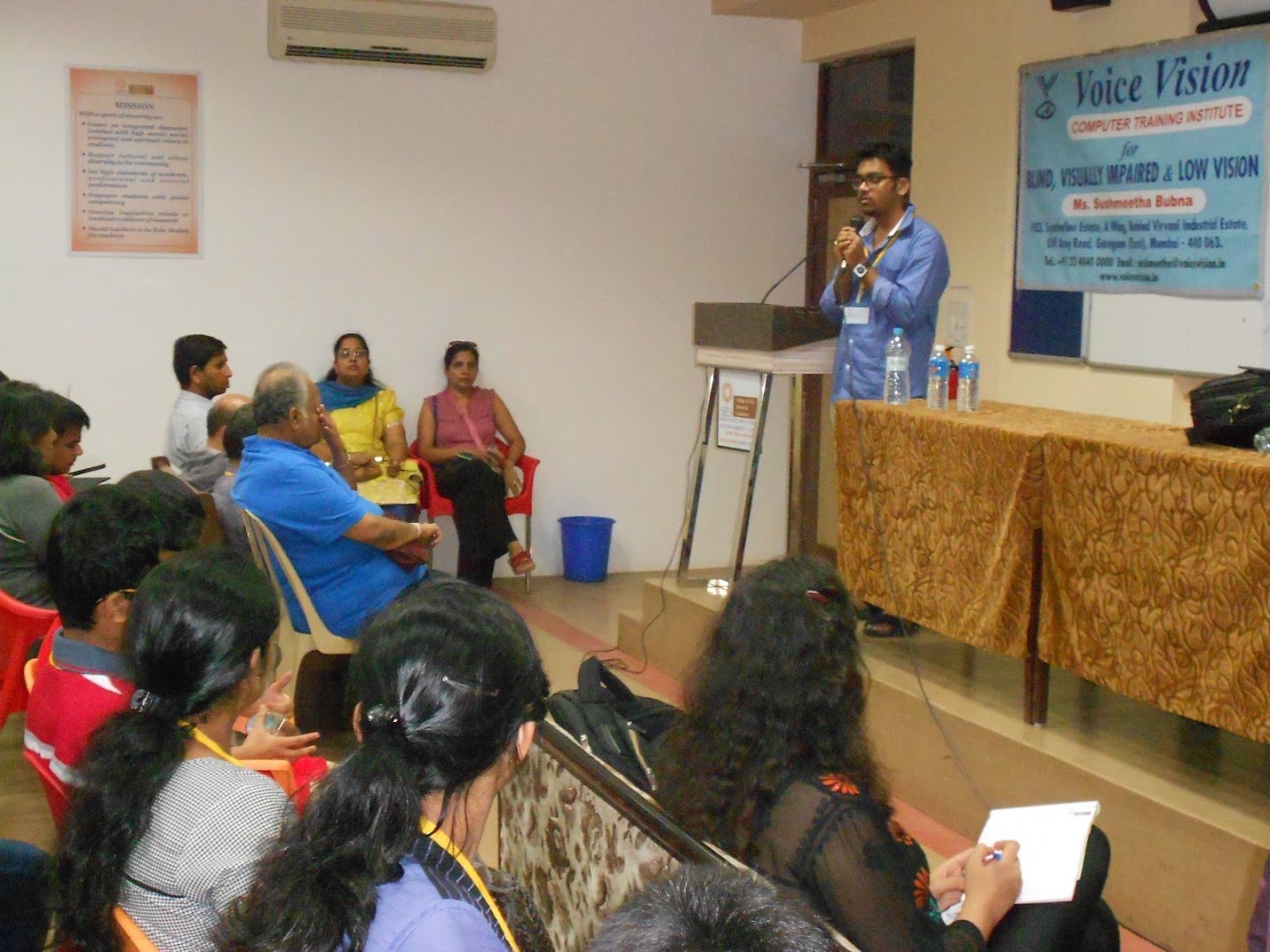 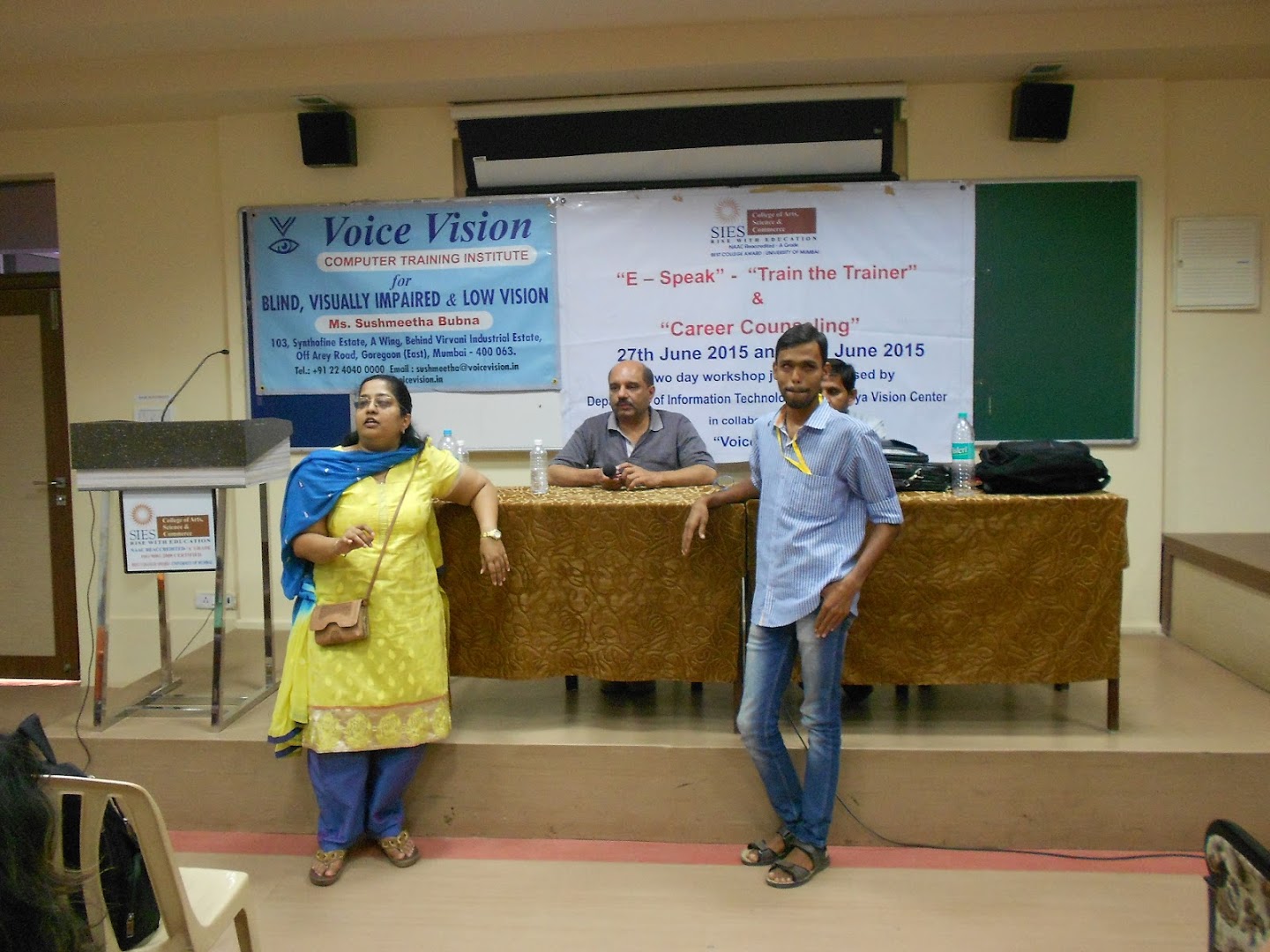 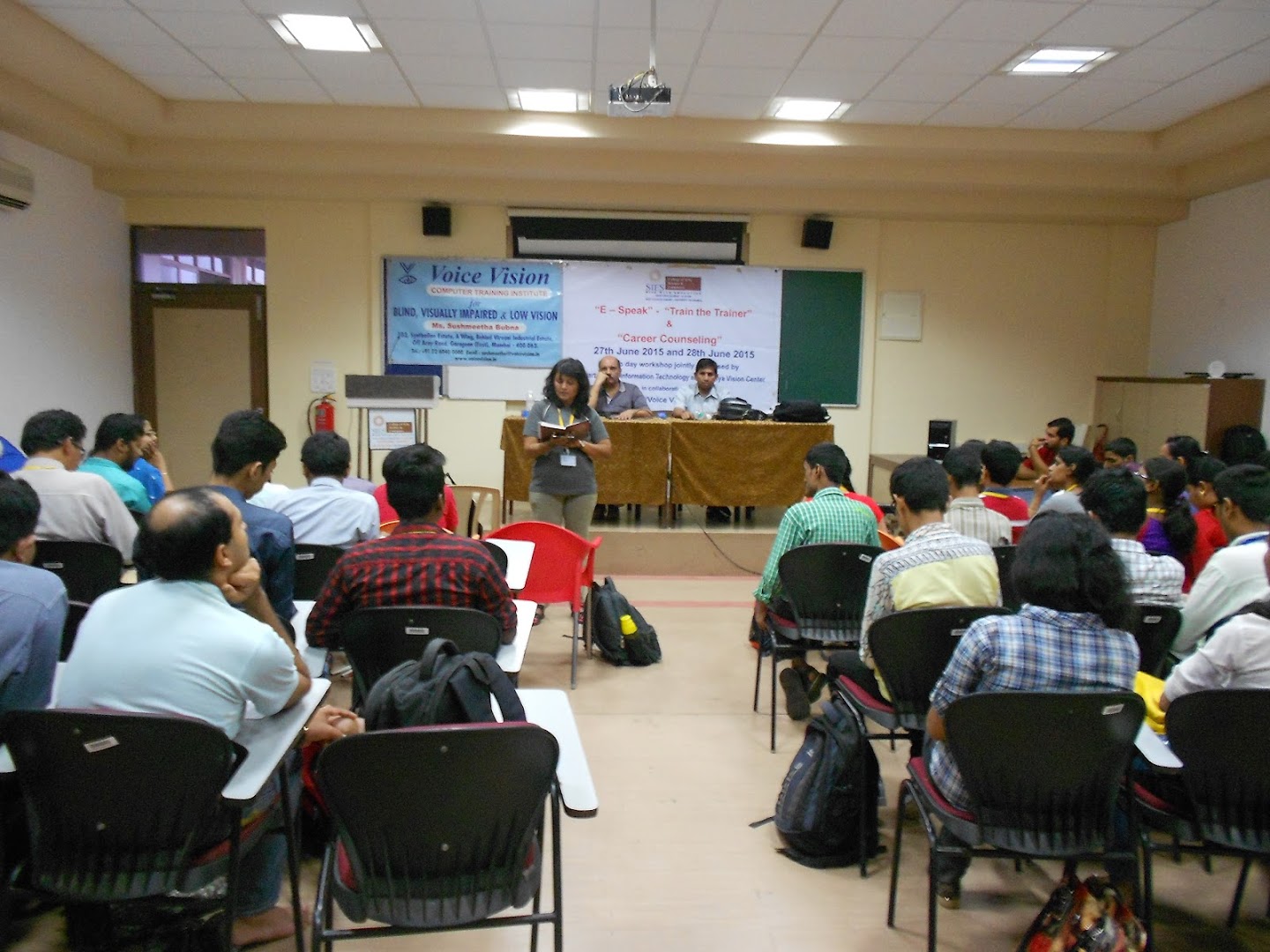 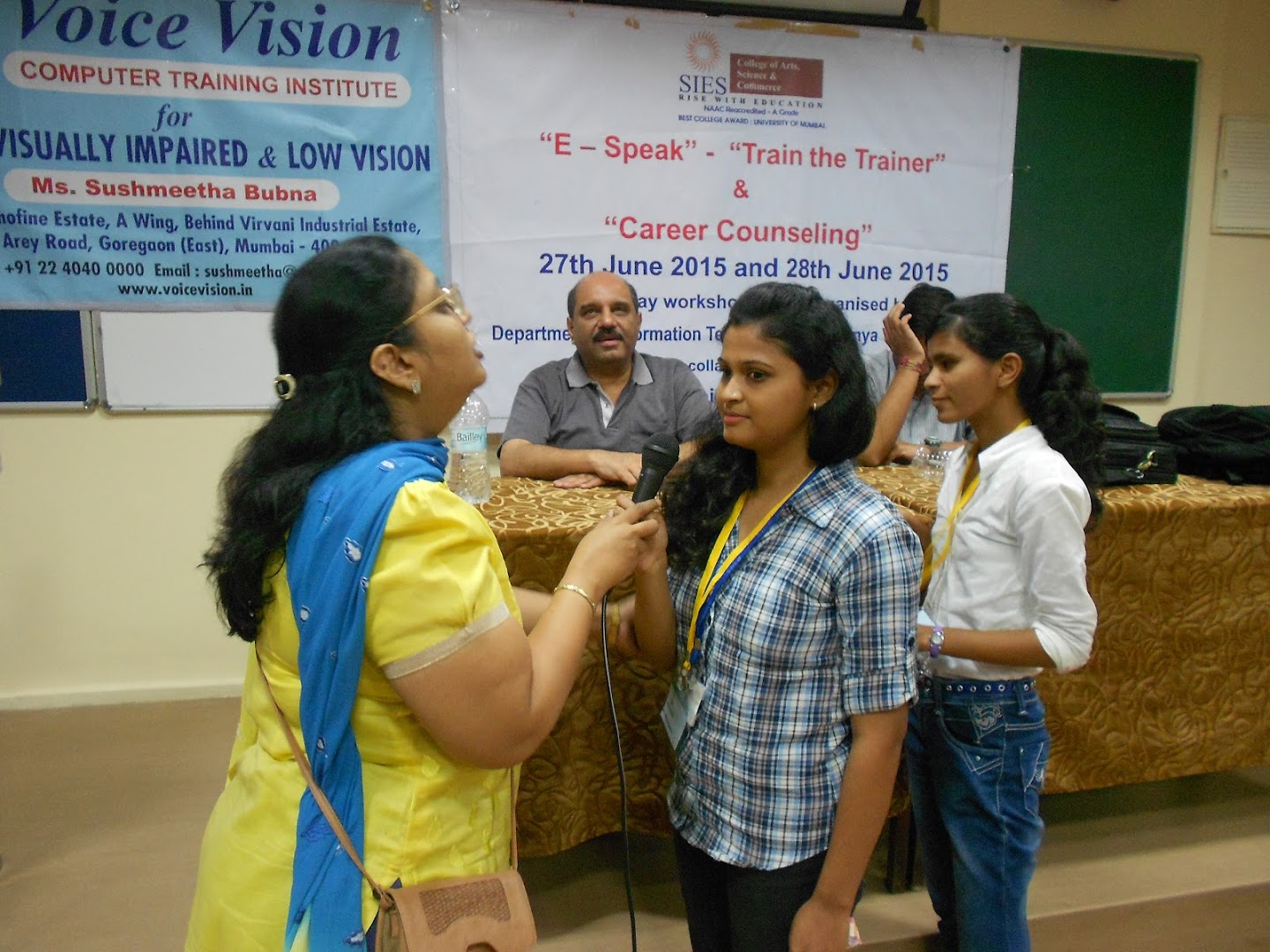 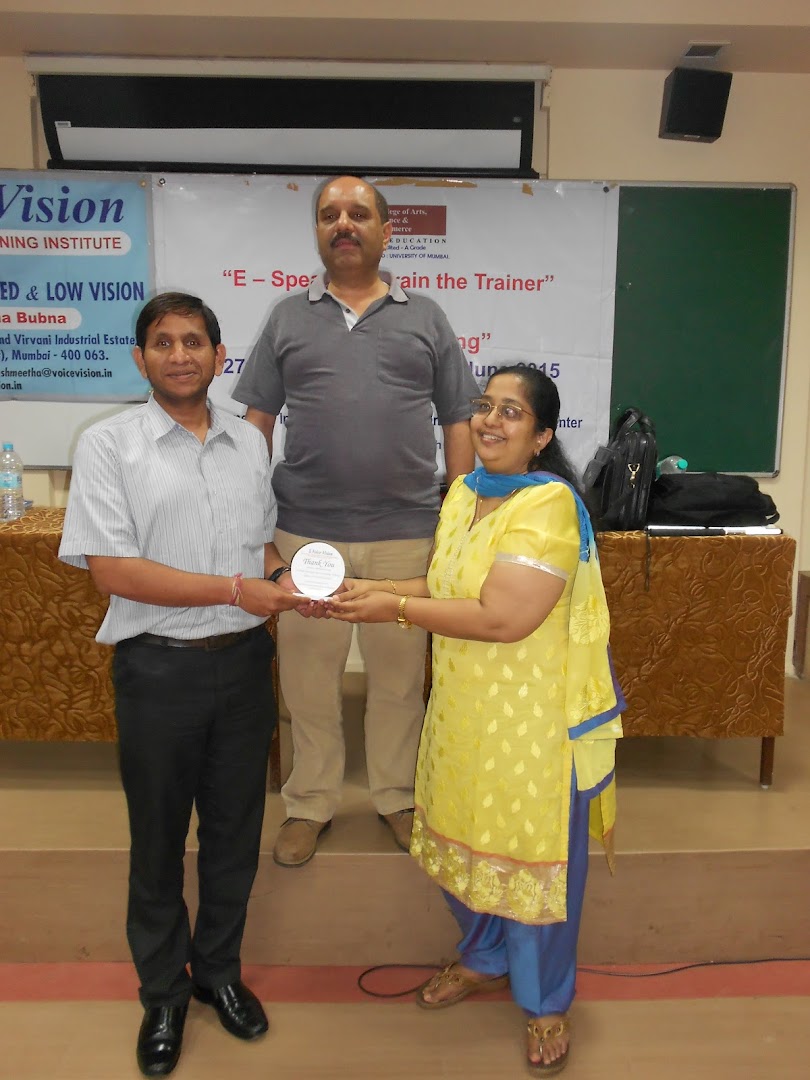